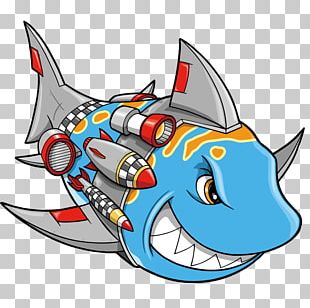 Last Saturday’s game at Schramms was a case of good, honest footy being no real match in the end for elite playing class when our Doncaster Senior team was soundly beaten by 38 points by second-placed Balwyn FC.  Despite the Sharks continuing their improved footy form of the last month, it became clearer as the game went on that the Tigers’ polish and depth of elite talent (for the EFL) would ultimately prevail – and so it did, in an open, entertaining and competitive match.

The opening quarter began in a Balwyn rush and it took some dogged, effective defence and a late fight-back by the Sharks to restrict the opposition’s lead to a mere 10pts.  In the 2Q we continued to have much of the footy in our forward half but struggled to score against a well-organised Balwyn back-line.   In contrast it was Balwyn who made the most of their fewer forward opportunities, by hitting targets and straight kicking for goal, to extend their lead to 19 pts at half-time.

The 3Q was again a disappointment for the home team as Balwyn’s midfield ascendancy grew through their quick, skilful outside runners, and they piled on 4 goals to 1 in a dominant period of play.  The Sharks hung-in there but the two late Tiger goals just before three-quarter time stretched the deficit to an imposing 41 pts at the final break.

In the last, the boys lifted around the packs and matched the Tigers around the ground and on the scoreboard, but the damage had already been done.  In the end the opposition had shown the way on how to play skilful, well-drilled and pressurized footy – the “lesson” had been delivered!!  (Although, putting this into perspective, Balwyn’s average winning margin against the other three “cellar dwellers” – Montrose, North Ringwood and Noble – exceeds 80 points!!!)

Best for the Sharks:  In a generally dark day for our forwards, Tyson H with his strength and versatility (3 goals) stood out like the proverbial “shag on a rock” (the bird variety) – so sign him up for 10 years, el presidente!!!  In defence, Schimma and Wheels toiled well and tightly to limit the impact of the Tigers’ two leading goal scorers (Gobbels, Haley – 77 goals total).  An honourable mention also goes to young ‘Kappa’ for his lively display across our backline.

In the middle, it was again Fogs, Sam and ‘Turbo’ Tobes who did the lion’s share of the Sharks’ driving in what was a difficult tussle against Balwyn’s fleet of slick onballers!

Turning to the Ressies game, we were again thoroughly out-classed by Balwyn due to a lack of depth and numbers which required drumming up the very old (and now very sore) brigade to bolster the team – thanks fellas.  Best for the Sharks were yet again a dominant display from the young Barass, plus Hilly, Jarvo, Mori, Kenty and Luke Donohue.  Keep plugging away Sharkers.

Looking ahead to Saturdays game, its pay-back time for the Sharks when we take on North Ringwood at Quambee Reserve.  Yes, it’s time for the Doncaster boys to expunge the ignominy of arguably our ‘worst’ performance this year – beaten by the Saints at Schramms by 17 pts in Round 7!  This loss doesn’t sit at all well with the season-to-date stats below.  They confirm that so far in 2019 we have generally been far more competitive in the division than the Sainters, despite :-
–   our diabolical injury run (unlike the Saints), and
–   both clubs having the same win/loss ratio (3/12).

Being more competitive is reassuring from a club view-point as it augurs well for next year when hopefully we will have a much healthier playing list available.  However this ascendancy will count for zero in 2019 should the Saints again beat us, and then beat Montrose, in rounds 16 and 17!  So, it’s “revenge” time for the boys – time to properly reflect our better competitiveness on the 2019 premiership ladder.  GO SHARKERS!!