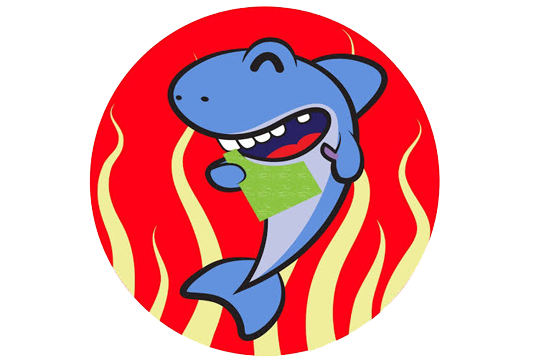 For the second time this season the Doncaster and Blackburn footy clubs have fought out a spirited, close game but only for the Sharks to again fail by a kick to bring home the bacon.  Saturday’s away loss to the ‘Burners’ by 5 pts follows a similar loss by 6 pts to them at Schramms in Round 5.

And the frustration of these near-misses is only compounded when we consider what could have been, this September.  As Blackburn nudges the top two teams on the ladder for deep finals contention we can only speculate on how the final home-and-away ladder might otherwise look had 8 of our regular senior Sharks been available!!

However, as an old footy guru once said: “Pie in the sky never puts pounds on your paunch!”  So, we return to reality and positivity – firstly, our disastrous ‘unavailable list’ is indeed providing our younger players with early senior experience and several of them are learning well and fast.  And secondly maybe it’s time to say, “Enough is enough.  No more excuses – just grab those winning opportunities when they’re near, perhaps by spreading the load within the team a bit wider!”

Last week-end’s game was a tight, finals-like affair with both teams maintaining strong on-ball pressure from “go” to “whoa” (or in our case  ”woe”).  Arguably, this was the Shark’s best effort for the season in terms of constant sustained pressure on the opposition all over the ground.  By keeping it tight in close and earning plenty of our own ball, the game never really broke into an open, high-marking, long-kicking style of play in which Blackburn can excel!

Early in the game the Sharks shot out of the blocks kicking two quick goals with the wind, until the Burners then lifted in the 1Q to kick the next 4 majors and look comfortable leaders.  But into the wind in the 2Q, the Sharks played exceptional footy – blanketing Blackburn’s forwards, rebounding well and outscoring the opposition to cut Blackburn’s lead to a goal by half-time.

In the 2H, goal scoring became a premium in the very windy conditions and as both teams kept up the on-ball pressure and close-checking defence there continued to be little free-flowing footy.  Scores were level at the last break and remained close in a tight 4Q with each side scoring only one major for the term.  Regretfully the final siren then sounded as a third ball-up occurred 15 metres out from the Sharks goal – if only …!  We had played well to match a strong Blackburn side all day, but disappointingly failed to “get the chocolates” because of a few extra rushed behinds to the opposition – or perhaps a missing piece of opportunism from a Shark.  Final Scores BL 9.14  d  Don. 9.9.

Best for the Sharks:  In a game of a “billion” umpire ball-ups (or should that read “balls-ups”?) it wasn’t surprising that mids Sam and Fogs were again our key drivers from the packs all day.  Tobes and Nakkers did well on the outside and again Munksy was a good focal point in attack, kicking accurately in the windy conditions to score 3 valuable big-ones!  And in defence it was the doyen of our backline, Schimma, who played well to restrict Blackburn’s prolific goal-kicker (Hammond) to a measly one goal.  He was well supported by Wheel’s defensive tightness and Seeka’s rebound dash.

In the Ressies, the boys were again soundly beaten after not having sufficient players to field a full 18.  Nevertheless, in true Shark fashion they “swam on” against the on-coming Blackburn tsunami, but with little prospect of a win. Best of our Sharks were Isaac B and Tommy B – who did their claims for a senior recall no harm – and Kenty, Gilesy plus the two Lukes, Donohoe and Donnar.  Well done to all the players for their ongoing commitment and effort.

It’s time for us to now enjoy the week-end off during the second half of the split round.  See you on Saturday week – Tigers at home for Round 15!  (Hmm, will Simon and Callum have to battle the ‘Monkhorst Monster’ for the first time?)