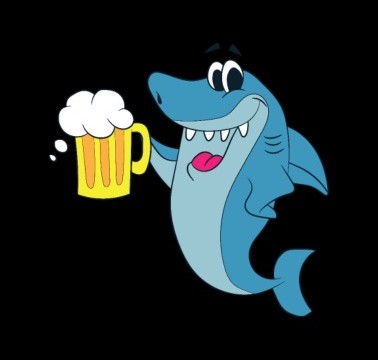 LAST SATURDAY – On a wet, heavy ground, but surely better than the Quambee ‘quagmires’ of yesteryear, our determined Doncaster Sharks slipped and slogged their way to a satisfying 11 pt away win over a persistent North Ringwood side.  This was our fourth win for the season and was achieved through a terrific team effort by the boys on a tough surface that made good ball-handling and open footy near impossible.  The win has avenged our round 7 loss to the Saints at Schramms and now secured us 8th spot on the ladder for 2019, ahead of the Saints.

Addressing the players and club-faithful after the game, Senior coach Stewie K. was pleased the team had earned some reward for the “never-say-die” efforts on the day and the hard work behind our improved form of the last 4-6 weeks.  And by performing well in four key indices of the game-plan – effort, focus, discipline and execution – we had given ourselves every chance of taking home the premiership points.   And so it was, with the Sharks leading  all the way and standing firm when the opposition challenged us late in the day.

Kicking to the favoured end in 1Q the team played well to outscore the Saints by 3 goals to nil via an open forward line and opportunist goals from the two Chrisses and a boundary ‘ripper’ from Barass!  The 2Q  became a scrambly stalemate as  both teams’ defenses got on top in the muddy conditions limiting scoring to one goal apiece – the Shark’s sole major coming from a remarkable chain of “soccer work” culminating in young Isaac again striking it truly, a-la-Cristiano Ronaldo style!

The 3Q was much a repeat of the second as both sides continued to desperately try and clear the ball from the many packs formed in heavy conditions.  It wasn’t “pretty”  but we went to the last break still 19 points-up and determined to stay there.  And an early major in the 4Q from Tyson H. took the Sharks margin out to 25 pts until the Saints then lifted.  Kicking 3 goals in quick succession, the home team cut the lead to 11pts and had a sniff of victory until we regained composure and “shut up shop” in the final few minutes.  Final scores:  Donc 7.6 d Nth Ring 5.7.

Best for the Sharks:  It was a great team effort in this match but onballers Fogs, Nakkers (2 sharp goals) and Robbie C’s stopping-job were absolutely terrific with their heavy lifting at the muddy coalface.  In the back-line, the boys collectively kept Apeness, Schilling etc pretty quiet but Wheels and Thiely really did well with some strong intercept work.  And on a day when goals were as “scarce as hen’s teeth”, the forward chocolates had to go to clever “Barass” who entertained us all with two of the best opportunist majors of our season.

Our Ressies game was a duel for the wooden spoon and sadly it was the opposition who finally handed it to us.   But the boys can take heart under our circumstances and with the match being well and truly competitive until North Ringwood finally shook us off in the 4Q to win by 29 pts.  Best for the Sharks were Gilesy, Jarvo, Byrnesy, Lukey Donohue (again), Lochie L and a good one from James Safi.  And, boy, wasn’t it a great sight to see Vanders back on the park on his comeback trail – “steady as she goes”, Toddie!

THIS SATURDAY – it will be HUGE when a current legend of the Club, GREG ‘Humphrey’ JARVIS plays his 345th game for DFC thereby setting a new Club games record!

Jarvo has had a fantastic 20 year footy career as a Shark and we look forward to celebrating his latest milestone when he hits the park with the Ressies on Saturday at Schramms – 12 noon against Sth Croydon.  A tribute to Greg’s career will be posted on the Shark’s website on Sunday – www.doncasterfc.com.au.