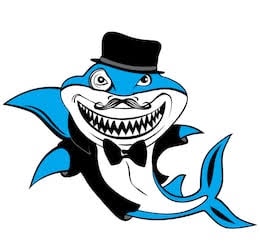 Last weekend ze Doncaster Sharks shrugged off a determined Montrose footy team to comfortably win by 23 pts at home – “bravo Les Sharks!”  In doing so we have effectively secured our status in EFL Premier division for next season – “c’est magnifique, mes amis!”

This victory has elevated the Sharks to 8th on the premiership ladder above North Ringwood and, more importantly, 3 wins plus considerable % above the present “resident-de-la-cellar”, Club Montrose.  We sincerely wish ze Montrose FC “bonne chance” in their endeavours to remain in the premier grade beyond the final 5 rounds of 2019 – “aah, mais oui, c’est tres difficile!”

Saturday’s win was a hard-fought one and our “merci beaucoups” go to all directly involved – players, coaches and team support.  It provides ze Club with a welcome breather in what has been an ‘injury season-from-hell’ after playing finals for three years.   But we now move on aiming to become more competitive for the rest of the season by strivimg to get injured or missing players back on the park, improving team-work and winning games where possible in both Seniors and the Ressies.  Vive Les Sharks!!

The Montrose game, not unexpectedly, was a tight affair given its importance to both sides – a potential last hurrah for the opposition and a safeguard for our future.  Played in windy, wintry conditions the game itself didn’t reach any great heights and for three quarters we kept our nose in front with largely a touch more “savoir-faire” (know-how) and determination.

Despite the prior withdrawal of “Big Humphrey” Harris and Jack “The Man”, our remaining onballers did well to nullify the influence of the Montrose-Man-Mountain and to provide ample supply to our own forwards.  Disappointingly though was Montrose’s ability to score a number of opportunist goals from goal-mouth scrambles which helped them to remain in scoreboard contention.

The Sharks third quarter effort into the wind was full of merit – in contrast to earlier matches – as we successfully controlled the ball defensively and matched Montrose on the scoreboard.  It set us up for a good final term with the wind and to build upon a 11pt lead at the break.  Our boys went on in the 4Q to kick 5 goals and run-out 4 goal winners.  Final scores were 11.9 to 8.4.  Ooh-la-la!

Tres Bien de Sharks:  Several of our experienced mids stood tall in “la chambre des machines” (the engine room), led by the ever-reliable ‘Fogs’ and a refreshed Captain ‘Chandler’ who finished off his hard-work with 3 very timely goals.  And it was pleasing to see Robbie C put in a good one with his strong “in-and-under mud-larking” to help drive us forward.

Speaking of forward, our “Pocket-Rocket” Kyle Viccars again excelled with a “par-excellence” performance,  backing up from last week with another bag of 4 big-uns!  Keep it going KV and ditto to our key target in attack, Monksy, who like his Benedictine “forefathers” just continues to play with that inD.O.M.itable French spirit!  And down back, the “Wheels” interception is now starting to roll into gear after his delayed season start.

So, “Felicitations pour votre bon travail, les comrades” – a job well done, guys!  But can we back it up against an “ancien adversaire”, Blackburn, next week?

In ze Ressies, our Houdini Sheales managed to unlock a bare 18 players for the Montrose game in spite of “le bureaucratie de rouge” (red tape) preventing an emergency sign-on of extra players to boost our numbers – “Ce-la-vie”!  And under the circumstances the Sharks played promising footy despite losing to Montrose by 39 pts.  The team maintained its competitiveness for all but a period of the 2Q when a Montrose purple-patch set up a half-time lead of 28 pts.

Tres bien de Sharks:  Isaac B played well, as did the two Lukes – Stacker and Donohue – plus Jarvo yet again and new player Kyle Hawley.  And a warm welcome back on the park for Tommy B as he starts to shrug off those injury woes and run into some form.

Socially, its currently half-time as members break-out the aspirin, Alka-Seltzer, earmuffs and anything else that works to recharge the batteries!  It’s a”big Merci” to all who generously support our functions, and to Laddie and team for the Sportsman’s Luncheon success at the Club last Friday.  Super choice for that ‘knock-out’ guest speaker, Campbell Brown (no pun intended!).