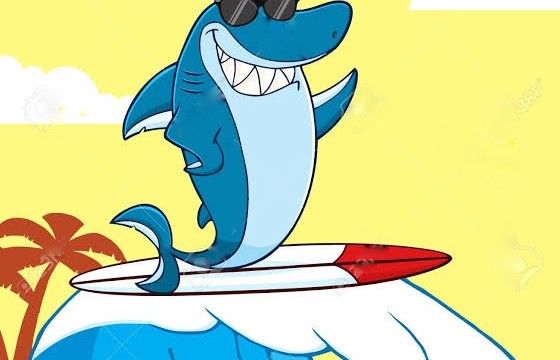 It was a  bittersweet occasion for our Doncaster Sharks last Saturday when the Club hosted its return match against the South Croydon Bulldogs.  On a superb winter’s day in Melbourne there was plenty of cheer and excitement at Schramms as the Club celebrated Greg Jarvis’ magnificent achievement of creating a new Doncaster games record (345).  Hearty congratulations to Jarvo on a great career.

And we were more than hopeful that the Shark passion would “spill over” with an upset win by our Seniors over highly-fancied South Croydon.  But, alas, the Bulldogs – with a finals spot at stake – put a spanner in the works, proving too good for our boys on the day by running out 37 pt winners.

In doing so, the opposition highlighted “the plain and obvious”, namely that as a Club we still have a fair way to go to build a playing list capable of regularly matching the Premier Division heavyweights.  Our current Shark playing strengths are vital and admirable, being built upon an honest and constant work ethic, hardness at the ball, good “in-and-under” work effort and a tight, close-checking defense.  But the Bulldogs, who have played in the last two premier grand-finals, on Saturday exposed two key areas of Shark deficiency – midfield running power (not helped by the Captain’s injury) and big man aerial supremacy.  Some concerted off-season recruiting of quick mid-fielders and key-position talls with good hands would complement our returning injury-brigade and help us to seriously head north on the ladder next year – it’s a challenging assignment for the Club!

Saturday’s senior match was again a typical Shark-Bulldog game marked by open, quick, high-marking footy – a spectator’s delight!  The 1Q saw little between the teams in the contest around the ground and on the scoreboard, with the Sharks taking their opportunities to score majors with clever snapshots by the two Chrisses and a follow-up second from Chris Columbo again.

In the 2Q the signs were not good for the home team as South Croydon lifted their attacking game with precise ball movement through fast-running midfielders and mobile talls to outscore us, 2.7 to 0.1.  Had it not been for some resolute Shark defence and wayward Bulldog goal-kicking, our half-time deficit of 23 pts would have been considerably higher.

The scoreboard margin remained much the same throughout the 3Q as the Sharks tightened their accountability and more purposefully controlled use of the footy around the ground.  At the final break the boys were still positive about winning and their determination bore early fruit in the last when we capitalized on some good Shark work in the middle to put on 3 sharp goals.  “Barass” goaled on the run, Viccars snapped truly and when Fogs split the middle with a long set-shot we had cut the margin to 13pts and had the opposition worried.  But the Bulldogs shifted ‘big-gun’ Max King up the ground and onto the ball.  His involvement helped them to lift and, with the prospect of a faltering finals chance, they stepped up quickly to regain control by kicking 4 of the last 5 goals and run out relieved but comfortable winners.

Best for the Sharks:  One of our most promising recruits, high-leaping Cal Stewart, played very well with good ruck work and determined second-efforts on the ground.  In-form Fogs and ‘Turbo’ Tobes continued their hot footy streaks, to again regularly drive us forward where two of our sharpest youngsters – ‘Cool Cat’ Columbo and ‘Live Wire’ Viccars – snagged two majors each and gave the Bulldog defenders a decidedly hard time!

In the backline, ‘Komes’ did well to contain King and Co in the face of hard-to-defend Bulldog forward entries.  And Vanders, whether forward or back, showed his experience and class that’s been sorely missed for months – except for that “set shot shocker”, Toddie, and in front of the Shark faithful too !!!

Saturday’s Ressies game was a one-sided affair but in reality it was all about celebrating a big milestone in Jarvo’s and the Club’s footy life.  And while Shealesy’s boys were a long way off getting the chocolates it was just a pleasure for all Shark supporters to see Jarvo once again go about his footy in much the same way he always has – determined, reliable, hard-working, clever, effective … but now just a bit slower and more “down-to-earth” (so to speak)!!  You’re a gem of a Shark, ‘Humphrey’, and thank you for all those many memories.

Best for the Sharks (besides Jarvo) were Mori, Gilesy, Kenty, ‘Ole Man’ Aga and Lucas Donnar.

In summary, last Saturday was a ‘big one’ at Schramms for the Club – two footy losses (disappointing), one Coterie Combo (enjoyable), but the best of all was one indelible reminder of a champion Shark’s long and illustrious footy career!

GO SHARKERS!! ….. can we now continue “the wood on Norwood”?  Touchwood! 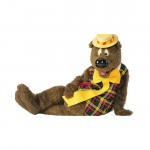