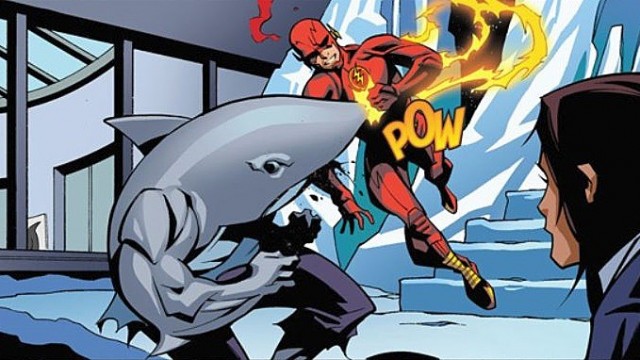 It was a disappointing finish to a tough 2019 season for both teams when Doncaster and Norwood met last Saturday at Mullum Mullum Reserve. An injury-ravaged Sharks were convincingly beaten by 47 pts by a better-organised opposition, thus ending the Sharks 6-game winning streak over Norwood.  And the Norsemen themselves, having quashed the notion of Doncaster keeping “the wood on them”, then failed on percentage to grab fifth spot and a finals berth in Premier division!

Saturday’s senior game began competitively for the Sharks, kicking into a strong wind.  With Mahon, Alessi, Ryan and Co. running the ball quickly through the centre of the ground we did well to restrict the opposition’s lead to only 3 goals by the first break.

In the 2Q with the wind, our Shark forwards hit their straps by finishing off some good mid-field drive from Fogs, Jack, big Stewie etc.  Four goals in succession by Tyson H, Munksy and good snaps from ‘Barass’ and ‘Aless’ saw the Sharks take an 8 pt lead at the 20 minute mark.  But we then inexplicably let the opposition wrest the momentum back with some loose defensive work, resulting in Norwood kicking the next 3 goals to lead by 10 pts at half-time.

In the first half of 3Q the boys again lifted their work-rate and with ‘Kappa’, Thiely, Vanders, etc providing good rebound we not only held-up Norwood but also scored two majors into a dying wind from ‘dead-eye-dick’ Kyle Viccars and bustling Tyson H.  But with only a few points between the teams, the Sharks again seemed to take the foot off the pedal with lapses in accountability that cost us dearly.  Norwood took full advantage of some loose Shark checking to kick 3 quick goals in as many minutes late in the quarter to lead by 21 pts at the last break.

The 4Q was certainly a disappointing end to the Shark’s season.  Norwood, with an outside hope of still playing finals, lifted with good centre clearance work and in calm conditions they outscored us by 6 goals to 2 late majors from ‘Tobes’ and ‘Cool Cat’ Colombo to run out easy winners.  Final scores were Nor. 17.8 d Don 9.9.

Yep, this year it’s been a long and difficult Shark season!  And just for the record here’s a reminder of the senior players from our “missing-in-action” list who couldn’t play on Saturday:  McKenzie, Annakis, Kalanj, Malloy, Marganis, Siakavelis, Ramboldi, Whelan, Finnen, Bartholomew, Pascoe …

So, it’s a “very well done” to all those players who indeed have  battled away with good fitness on the park for the Sharks’ senior team this year!  Along with all our coaches and support staff, you are to be congratulated on the commitment and dedicated effort to get us through the “annus horribilis” of 2019 and to remain competitive and safe in Premier Division.  Roll on 2020!

In the Ressies, the boys again struggled through four tough quarters of footy with a somewhat makeshift team caused by deteriorating player numbers.  We were well beaten by fifth-placed Norwood but perhaps it’s a small consolation for the optimist that we were only ‘wooden-spooners’ on a small percentage margin over the Saints – a club who did NOT experience anywhere near the same playing-list decimation!

Best Sharkers on the day were:  Gilesy and Jarvo (yet again), Hilly, Lochy Harris, Luke Donohoe, and a terrific dedicated effort from Anthony Ioan who, along with his coach Shealesy, were the only two players who played all 18 games – great effort fellas!!

A HUGE THANK YOU goes to Shealesy and all our Ressie players and “retirees” who made the effort to don the blue and white hoops for the Club this year.  Like plugging holes in the dyke during a tsunami – it certainly hasn’t been easy!  The Club is very appreciative of your efforts and, the footy-gods willing, there won’t be a repeat in 2020!!