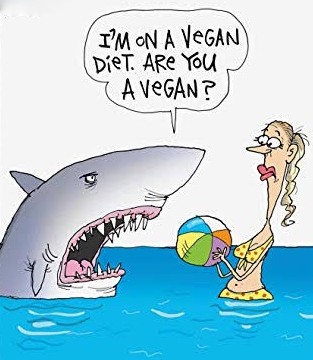 It was the famous 16th century playwright, William Shakespeare who once said: “Expectation is the root of all heartache and when you have no expectations there is no disappointment”.  Well then, if the “Bard of Stratford-on-Avon” had been peering down on Schramms Reserve last Saturday he would have seen a thick blanket of disappointment descend upon the footy ground with the Sharks, buoyed by success at Montrose, this time just failing to beat Blackburn in two close, hard-fought matches.

In the Seniors, the heartache of a 6pt loss was particularly palpable given the sustained, quality effort the boys put in against a highly-rated opponent.  The Sharks matched an almost full-strength opposition all day with tough, tight footy that successfully closed down Blackburn’s ball-space and nullified their usual aerial dominance.

But it wasn’t all negative tactics on display, as we consistently produced good, positive football over four quarters that could have readily resulted in a win had we better utilized a few missed-scoring opportunities.  Our 2H in particular was memorable for the team’s ability to limit Blackburn’s on-ball brigade and to step-up our own supply from stoppages.  Both sides’ backlines were kept under heavy pressure but held firm for most of the game in a low-scoring match.  And, oh how we would have given our eye-teeth for a big “Thommo-like” marking target up forward to swallow those ‘long-bomb’ entries!  (Memo:  for 2020 recruiting!).

Among the Sharks best were three of our key mids – Nakkers, Fogs and the ‘Busy-Bee’ Caruso – who each put in dominant on-ball efforts.  And the Captain even went one better with a game-high 4 majors to also become the best forward on the ground!  Well done, Chris, and ditto to ‘Jumping-Jack’ Komen who kicked two early goals before relishing an extended period in the ruck in one of his best games since that memorable match at Cheong Park last season.

In our backline this week it was M&M who provided the good chocolates – Molly and Mugga standing out with dash and accomplished shutdown jobs on key opponents in Blackburn’s talented forward line.

Losing this match by a kick against good opposition, and with an inexperienced side, has been a tough pill to swallow.   But we’re on the right track and perhaps we should heed the words of Anne Hathaway (Will’s missus!) who allegedly summed it up:  “Disappointments are not meant to destroy you, they are only meant to strengthen you”!  And so we move on to Balwyn this week, determined to “right the ship” – but again with expectations, of course!!

In the Ressies, our winless Sharks have generally shown improvement in recent weeks despite being understrength.  Again on Saturday they more than matched a strong Blackburn team for three quarters.  Indeed, at the final break we had restricted the opposition to one solitary goal in the game and held a 10pt lead with the breeze behind us in the last!  But alas, the hope and expectations of a first win came to nought as our opponents lifted their game and went on to a 20pt victory.  Yep, that result was a big disappointment – a real sense of loss of opportunity to grab 4 badly-needed premiership points!  Steel yourselves for Balwyn, guys!

Best for the Sharks were again our regularly fine contributors – Willo and Zach T-P, plus Millsy and Tommy D.  However, for the second week in a row two newcomers, namely Callum Stewart at CHB and back flanker Kale Trussell, have impressed with excellent performances.  Keep up the good work, guys – those selectors have eagle eyes!!

Off the field, here’s a final reminder of our first big social event for 2019 – THIS SATURDAY:

And more social news to come next week.