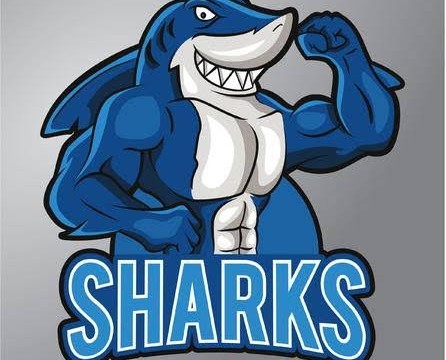 It was a positive Doncaster coach who spoke in measured terms to the players and Club faithful after the Seniors’ hard-fought, break-through win at Montrose last Saturday.

Stewie Kemperman was clearly pleased, and perhaps a little relieved, at seeing the team overcome injured personnel and a determined opposition side to record a tight 14pt win – the Club’s first under his new watch.  But his satisfaction was tempered, and the rest of his message forthright – the playing group still has a way to go to consistently play the type of template footy needed for sustained success in premier division.  There is still more work to be done on the track if we are to eliminate the patchy performances of footy that were on display against Montrose – irrespective of what the opposition does!

After a lack-lustre 1H and a 14pt deficit at half-time, the “urgency meter” was reset and to the Sharks’ credit the boys responded well during the 2H.  A lift in on-ball intensity together with quicker ball movement into a more open forward line were evident in a much improved period of Shark footy during the 3Q.  And the results of this were reflected on the scoreboard as we wiped out the deficit and established a 3 goal lead.  However this burst of dominant footy was relatively short-lived and we failed to go on and slam the door shut on the opposition.

The final quarter became a tight battle as both teams fought “tooth and nail” for their first premiership points this season.  And encouragingly, the Sharks dug deeper with terrific determination and desperation from young and old across the park, refusing to concede our hard-earned lead right to the final siren.

This game was yet another typical close arm-wrestle between the two clubs consistent with our long historical rivalry that now stands at:

Best for the Sharks:  many contributed well in bursts during the game but, for a sheer 4-qtr effort of sustained footy, it was Captain Chris “Chandler” who led the way.  Not far behind him were the backline generals, Schimma and Tyson H, whose ability to constantly rebound the footy into attack is a huge team asset.  And this week it was Munksy who took advantage of their spring-boarding to be a good focal point up forward.

Others to shine on the day were newcomers Nick “Dasher” Kent, Sam “Busy-Bee” Caruso and big Simon Harris – our new generation “Humphrey” who took on the Montrose Man-Mountain with gusto and added some valuable support around the ground.  Well done, fellas.

In the Ressies, it was another disappointing day for the Sharks whose playing depth continues to be severely tested because of our long senior injury list.  However, the boys couldn’t be faulted for effort and we were still a chance to win at the last break, down by 3 goals.  But in a disappointing 4Q Montrose outscored us by 4 goals and went on to win by 45 pts.

Best of the Sharkers included regulars Silipo, Willo and Millsy.  And ‘well done’ to three newcomers – Callum Stewart, Kale Trussell and Joel Lawlor – who played some good footy in their first season with the Club!

Club Activities: – A reminder of our upcoming official Player/Supporter Night at ‘The Harp’ on Saturday-week (18/5).  Refer separate item on this website  –  See ya there!