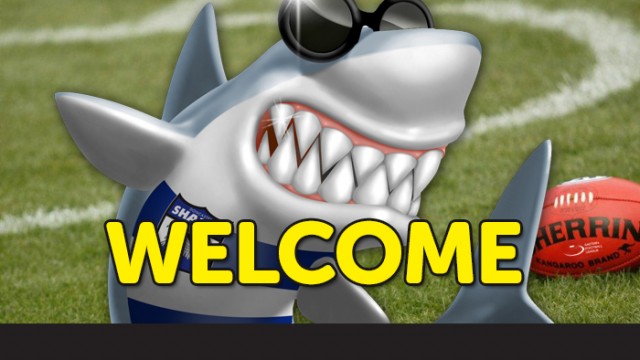 The start of the 2018 footy season has arrived and all of us at Shark Park are looking forward to a bumper season following a strong recruiting campaign over the summer by our football committee.

So, a warm welcome to Doncaster for all of our new players and for those returning home from elsewhere.

We look forward to each of you enjoying and improving your senior footy in the friendly atmosphere of a club that’s very, very hungry for Divvy 1 finals success!  And we’ve opened the season brightly with a fighting “blue-collar” away win over nemesis Blackburn.

Here’s a mini-profile of our new playing list additions for 2018 – with a touch of poetic license!

So here’s to a successful 2018 Doncaster season – both individually and team-wise – for all our footballers.   And if you need help, please approach your team manager or the player’s new leadership group ( Chris Annakis, Michael Fogarty, James Siakavallis Angelo Rambaldi ).