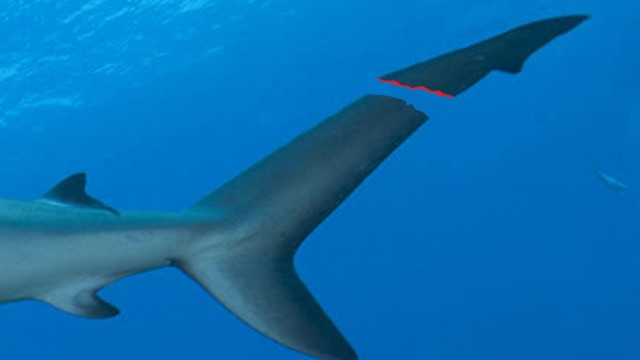 The dictionary defines a ‘shark tale’ as a ridiculously fictitious piece of storytelling.  So, wouldn’t it be fun to dream a little, and tell a Shark’s tale of a sensational come-from-behind Doncaster victory in the 2H of last Saturday’s senior match at Vermont –in much the same way it really did happen back in the corresponding game of season 2018?

Well yes, but when reality kicks in, shark tales are just an old form of today’s fake news!  And fake news ultimately doesn’t get us anywhere – just ask Donald Trump! So, we are left to edit this week’s headline to :
“SHARK TAIL OF TWO HALVES!”
and to report on the real outcome of Saturday’s away clash with reigning premiers (2019), the Eagles, thus:

In a “Jekyll and Hyde” performance from a developing Doncaster team, our young Sharks were outplayed in the 2H by a classy Vermont senior side to suffer a 68-point loss after delivering an excellent, pressurised 1H of competitive football.

In the opening term the boys produced ‘finals-like’ football with strong pressure on Vermont around the ground and allowing them little room to break into their powerful running game.  With tight play and close checking around the packs, we restricted Vermont and gained solid drive from the centre and stoppages by our new team of young on-ballers, including the likes of Zal, Hayden, Hendo and Cody in support of the two J’s.  Vermont’s backline was kept under constant pressure until late in 1Q when the Eagles with some dubious decisions pinched a two-goal lead.

In the 2Q the Sharks continued to desperately attack the ball and be accountable off it.  With solid team defence, and a stellar performance from Supershark, Vanders, we foiled the opposition’s forward entries and rebounded quickly into an open Shark forward line where the “wile of Kyle” neatly finished off the ball movement with 2 majors.  By half-time the Shark tails were high and strong, having confidently restricted the Eagle’s brand of footy on both the ground and the scoreboard (VE 5.7 v 4.3).

However a week can be a long time in football.  And so too can a half-time break on occasions!  And it proved to be the latter on Saturday when Vermont hit the 3Q full of running.  In a ‘nightmare’ first 5 minutes the opposition “blew-open” the game with 4 quick goals arising from classical centre-bounce football and skilful ball movement.  In a matter of minutes the pressure-momentum had quickly swung the other way on to the Sharks.  And as often is the case with young inexperienced opposition, it is difficult to find the ‘where-with-all’ to recover fully against top teams.  We partially stemmed the bleeding for a while but Vermont continued to control the play, outscoring us by 8 goals to 2 in a disastrous quarter for the Sharks (VE 13.10 v 6.4).

Following some stern words, our 4Q football showed some improvement as the Sharks battled on against a Vermont side hell bent on continuing their ‘winning mojo” with high work rate, numbers at the ball and precise disposal.  It exposed some known Shark deficiencies – real pace through the midfield and lack of strong, marking power at both ‘book ends’.  (But kudos does go to Munksy for yet another fine game (and 3 goals) in a terrific season to date.)  And while we continued to attack the footy Vermont’s top-shelf use of the ball kept the game under their control.  Ultimately it was a resounding loss on the day by an under-strength Doncaster team which had promised much in the first half.  It must have been Dr Jekyll who spun his scientific magic at half time to expose his alter-ego, the malevolent Mr Hyde and his (2H) darkside!!

In the Reserves, Vermont was far too good for a badly under-manned Doncaster team.  Despite the lopsided score result the Sharks showed glimpses of promise generally in the first half and a better final outcome compared to the Blackburn match.  The rear cavalry is now on the way, boys!

NEXT GAME:  A bye this w/end, followed by a home game against Berwick on May 22.