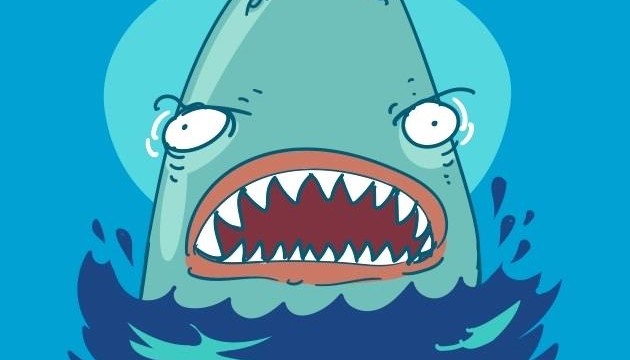 There may have been a new “miracle” taking place around the rest of Australia last Saturday, but it certainly didn’t happen at Balwyn Park where an injury-ravaged Doncaster took on the rejuvenated might of the Balwyn Football Club.  Missing a pile of senior players with worrisome term injuries, and with a relatively shallow playing depth in the club, both Sharks teams were no match for Balwyn,  going down solidly by 49pts in the Seniors and by a very unhappy 134pts in the Reserves.

In the Seniors, the Sharks again got off to a good start matching Balwyn in competitive effort and on the scoreboard in the 1Q.  However, as the game went on, our 2nd and 3rd quarters let us down considerably and had it not been for some herculean individual efforts, mainly in defence, Balwyn’s ever-growing lead of 53pts at the last break could have been much more.  In this period the opposition really showed up some deficiencies in our attack and around the ground – in marking power, ball movement support and kicking skills. (But we certainly couldn’t question the boys’ desire/hardness at the ball!).

In the 4Q, after a few home-truths were laid bare, the team lifted to play some good running/link-up Shark footy, outscoring the opposition and restoring a little respectability to the result – but the mortal damage had already been done!

Best for the Sharks were clearly those in defence.  Molly, Tyson and Schimma were superb against highly-rated opponents.  Well done, guys, and under heavy pressure too!  In the mid-field, it was again Fogs and Sam Caruso who stood-out as our main drivers in lieu of our Captain who was heavily tagged all day and who at times probably needed more “support” from both team mates and, dare we say it, from the umpires (C’est La Vie!).

And a special mention also goes to talented young player, “Live-wire” Viccars, who was our most damaging and elusive forward with 3 goals, until he was concussed later in the game.  Good effort, Kyle, hope you’re OK.

In the Ressies it was simply “a day to forget” as the badly undermanned team was never able to get into the game.  Our best for the day included the two Matty’s, Silipo and Willo, who have been consistently good, Anthony Ioan in his best game to date and Callum Stewart who continued his hot form for the third straight week.  Luke Christey also did well and club legend “Jarvo”, well, his footy durability and contribution just lives on and on !

So what’s ahead for the Sharks?  The 2019 season is one-third complete and the results of Round 6 last Saturday currently leave our senior team in a 3-way battle – with North Ringwood and Montrose – to avoid the wooden spoon and an end-of-year relegation!  Some Shark success over the next 3 rounds will go a long way towards providing a ‘buffer’ (the optimists say ‘springboard’) from the ignominy of the cellar-dweller zone.  Here’s a snap-shot look at the near future:

The Coming “Dog-Fight” (to season mid-pt)

So it all begins from this Saturday – at home with a “must-win” game against North Ringwood!  And it won’t be easy!  It doesn’t need rocket-science (no pun intended) to fathom that a Shark team comprising our best 22 listed players would indeed be finals competitive.  But in reality there is little prospect that we can get any-where near achieving this team strength for the rest of the season when the following ‘missing seniors’ list is considered:

So yes, there are plenty of rounds to go and, yes, upsets are sometimes possible if we continue to “put-in” big time, but let’s not “sugar-coat” the difficulties we now face to remain competitive, develop the team and younger players, and stay ahead of our dog-fight adversaries!  Hang-in there everyone with hard work through some very challenging times!

GO SHARKERS!!   –  See ya back at Schramms on Saturday for the dog-fight!