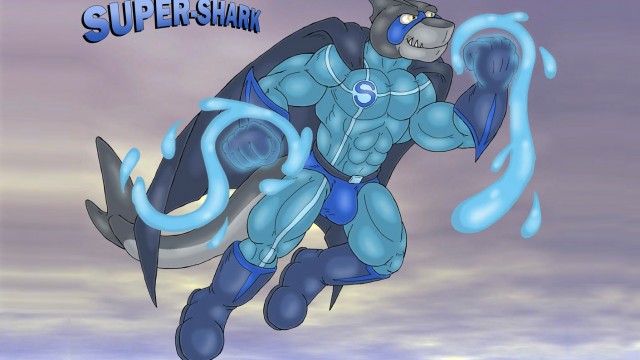 A superb best-on-ground performance by Supershark ruckman, Jake Spencer, drove the Doncaster Sharks to their first win of the season with a hard-fought 19 pt victory over newcomer Berwick at Schramms last Saturday.

Rapidly becoming a premier ruckman of the EFNL, ‘Big Spence’ dominated the packs and around the ground in one of the finest Shark displays of power ruckwork and efficient ground play seen at Schramms in ages.  Ably supported by veteran ‘Frankie’ McKenzie, the two ruckmen gave the young brigade of Shark onballers (missing the experience of ‘The Maan’ and yet-to-return ‘Fogs’) a host of first opportunities to drive the Sharks forward with pace and purpose.  And this dominance was instrumental in curtailing Berwick’s fleet-footed onballers who found themselves by-passed and often on the defensive at centre bounces and stoppages.

But the game wasn’t all about ruck dominance.  It took a concerted team effort from our boys to claim their first premiership points of 2021 – against a dogged, persistent opposition who for much of the game trailed but just wouldn’t “go away”!  However, to the Shark’s great credit, each time we were challenged we were able to respond around the ground and on the scoreboard.  This was never more evident than in a fluctuating last quarter for both teams.

The home team went into the final break with a 14pt lead and the game still up for grabs (Don 9.9 v 7.7).  Early in the fourth, Berwick pressed forward continually but our team defence led well by Rambo, Molly, Komes etc held firm.  And when against the play the Sharks put through two quick opportunist goals, via the dash of “Turbo Tobes” and a stoppage snap from Spence, our lead had suddenly stretched to a game-high 26 pts.

However, Berwick just kept coming, and with persistent ground play they kicked the next 3 goals to trail by only 6 pts at the 20 minute-mark of the last.  So, it was game-on again!  And so too was the Sharks’ desperation as we again lifted to score the final 2 goals of the match in the last 5 minutes to put the final result beyond doubt – and the home-town faithful into celebration mode!

There were many good Shark contributors on the day including Rambo’s super reliability, Vanders great ‘swingman’ work, Munksy’s aerial dominance and goal-kicking and Nakkers’ classy ball skills particularly in the last.  And hasn’t Cody’s onball strength and sharp kicking been a delightful acquisition for the team!

But the day really belonged to the humble big man.  Rumour has it that the Supershark struggled to drive properly on Sunday – not from celebrating but rather from footy leather-poisoning!!!  Just don’t remove that beautiful ‘United’ imprint from your palms, big fella!

Onward and upward against Rowville, boys, even without the hammies of Jaky K.

In the Reserves, the Berwick team was far too strong on the scoreboard for our under-strength Doncaster boys.  Macca’s team continued to battle away against the odds with Lewis Franz, Chico Alevizes, Anthony Ioan etc all playing well alongside some old-stagers – Mugga (big welcome back) and the ever green Shealsy.  A hard-earned win is getting a bit closer, boys!!!

NEXT GAME:  At home against Rowville

**COTERIE LUNCHEON 1 POSTPONEMENT  –  Please note this function has been rescheduled from May 29 to Saturday June 12 home game (vs East Doncaster).  Sorry for any inconvenience.