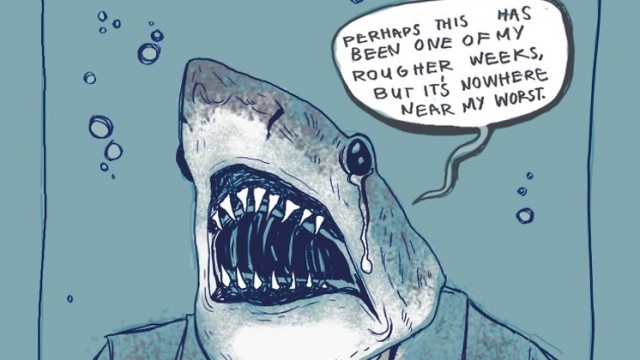 The ladder slide by a seriously-depleted Doncaster team continued last Saturday when the senior boys were convincingly beaten by 17pts at home by fellow-struggler club, North Ringwood.  Addressing the players and supporters after the match our clearly-disappointed Senior coach, Stewie Kemperman, urged all at the Club to hang tight during the current tough times.

The present long list of missing senior players was unlikely to get much better and the playing and coaching/support teams needed to take on-board the hurt and disappointment of this loss and channel it into further hard-work and determination to help safeguard our Premier Division status.  The loss to North Ringwood has now seriously jeopardized this, leaving us still only one game clear of bottom team, Montrose.

The Seniors’ match against North Ringwood promised plenty for the Sharks but in the end delivered mainly disappointment for the Club.  We again started the game well in competitive fashion and by half-time had established a handy lead of 12pts (4.10 vs 3.4).  But it could have been more as there were ominous signs in the 1H that our field and goal-kicking was letting us down, even allowing for the windy conditions!  The resultant turnovers simply gifted the opposition increasing opportunities to remain in touch at the main break!

In the 3Q the opposition turned up the heat on us and for much of this period we were well beaten out of the centre.  And the Sainters took advantage of this by using their big forwards well, slamming on 5 goals to nil and establishing a winning 27pt lead at the last break.

Although the 4Q did see the Sharks make a determined fight-back, our ability to finish off scoring was made difficult by a crowded forward line (not helped by extra opposition numbers) and a lack of tall pack-marking forwards to go to (not helped by Monksy’s demise).  In the end we were left to rue that 3Q lapse and not taking full advantage of all our good ball-getting pressure and ability achieved over much of the game!

Best for the Sharks were two on-ballers, Sam “Busy Bee” Caruso in a rich vein of form, and Jack “The Man” Mahon who continued to bash and crash his way through opposition packs and drive us forward.  Chris Columbo with 3 opportunist goals stood out by far as our best forward, again showing that he is a good recruit for the Club.  ‘Seeka’ and Dylan Pascoe also gave us pace and drive in valuable games for the team.

This week it was the Ressies who provided the GOOD NEWS of the day – delighting themselves and supporters with their first win of the season.  And Shealesy’s boys did it in style, leading for most of the match and coming home like an express train in the last quarter to win by 31pts – all achieved with only the bare 18 players!  Great effort, boys, and a big turn-around from that 100+ point loss last week at Balwyn.  Looking forward to a repeat win against lowly Sth Croydon, next week.

Best for the Sharks were Thiely and two of our “blasts-from-the-past” – Hilly and Josh Rock (4 goals) – who showed that they’ve “still got it” with dominant displays.  For the fourth week straight, Callum Stewart has been in our best players holding together our backline.  And “Jarvo” and Lachie Hutton’s games also stood out in what was a terrific team effort by all!  Well done, guys.

Socially, it’s a quiet time over the next two weeks coming up to the bye long week-end, but you’re urged to make those bookings for the functions thereafter: