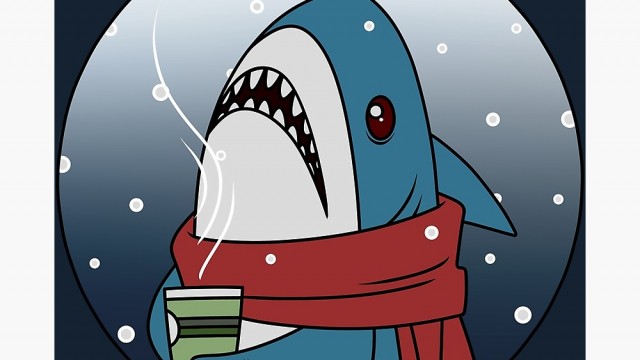 On a bitterly cold Melbourne Saturday our Doncaster boys travelled to Balwyn Park last weekend, only to be “frozen-out” by an ice-cool, near-strength Balwyn outfit to the tune of 47 points.  The defeat, which ended a 3-game winning streak by the Sharks, was a disappointing result for all concerned as our second half ball-handling, confidence and work-rate off the ball all seemed down on previous weeks. And for the record, the loss of 4 senior players during the week certainly didn’t help our cause!

Despite Saturday’s defeat the Seniors remain in 7th place on the ladder, just one win (but inferior %) ahead of four teams in a crowded cellar.  And therefore this week’s home clash against one of those teams – North Ringwood – becomes a crucial game for the Sharks (and the Saints)!  But to paraphrase Doncaster senior coach, Stewie Kemperman, after the Balwyn loss: we will need to make a much bigger splash this week to keep the cellar-dwellers at bay!

Saturday’s game against Balwyn began with Doncaster kicking into a strong breeze.  Despite having much of the play in our forward half we struggled to have a real forward presence until Jack and Tobes kicked opportunist goals to put us on the scoreboard.  In contrast the opposition was far more clean and efficient going forward and with the wind they outscored us to restore their early lead (Balw 5-2 v Donc 2-1).

In the 2Q Balwyn’s midfield lifted against the strong onball effort of Jake, Jack, Zal and co.  The Tigers attacked  into the wind repeatedly for some-time but our close-checking defence led by Molly, Rambo and Mugga stood firm.  However, when the home team’s persistence finally paid off and their lead stretched to 5 goals the signs did not look good for the Sharks.  But a “purple patch” by the boys late in the quarter restored the game’s balance when a goal from Zal and Kenty’s two sharp snapshots capped off some good upfield delivery (Balw 7-3- v Donc 5-3).

The 2H of the game was largely owned by Balwyn.  As the Tigers went from strength to strength and the pressure grew on Doncaster our standard of footy suffered.  The Sharks midfield continued to feed off Jake’s ruckwork and around-the-ground play, but under extra pressure from the opposition our ball skills and movement were generally rushed and fumbly causing turnovers to occur.  In contrast Balwyn’s ascendancy was reflected in crisp, efficient ball delivery to their dominant, key-forwards who made the most of multiple scoring opportunities.

It was a disappointing half of footy from the Sharks in which we were convincingly outplayed by a more mature side to finally lose by 8 goals.  A supporter later pondered whether the match outcome would still have been the same if the Sharks had available Fogs, Nakkers and Cody (midfield), Toddy, Kyle and Jaky K (attack) and big Stewie in defence?  Well, in the iconic words of Michael Caton (“The Castle”): “Naah, but tell ’im he’s just dreamin’!”

There weren’t many stand-out Shark performances throughout this match.  However plenty of kudos does go to experienced tough-nuts ‘big Spence’ and ‘the Maan’ for their strong footy in the engine room all day.  And Young Zal’s unobtrusive work on the ball and up forward was well recognised.  In defence, ‘Molly’ did a great job to cut Jaffer-Williams out of the game and ‘Rambo’ kept the dangerous Haley relatively quiet in spite of his opponent’s many potential opportunities!  ‘Cogs’ and ‘Toby’ once again worked hard with customary dash and football penetration.

In the Reserves, Balwyn jumped out of the blocks early and dominated the game in the 1H, before the Sharks could “brush off the morning’s icicles!”  Scores at half-time were (Balw 10-8 v. Donc 1-2) and, with pride on the line, Macca’s boys needed a determined reset.  To their credit our Sharkers achieved this by outscoring Balwyn in the second half by 4 goals to 2 to finally lose by 55 points.  A good fight back, boys, but next week against winless North Ringwood we will need 4 quarters of sustained pressure to “take home our first chocolates!”

Best for the Sharks were ‘Ant’, Shealesy, Leigh Spiteri, Knox and Smithy plus main goal scorer Matty Carlson who was a good strong focal point up forward.

NEXT WEEK:  We host North Ringwood