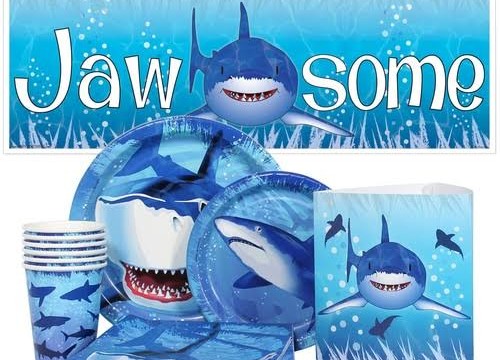 Buoyed by the recent win over Berwick and the return of some senior players, our Doncaster firsts on Saturday outlasted a ‘high-flying’ Norwood to score a hard-fought 7-point win at Schramms.

And in doing so the Sharks have continued our historical dominance over the Norsemen, winning 7 of the last 8 games and stretching our overall win/loss ratio against them to 23/5.  Or as one old-timer simply quipped: “it’s nice to have the wood over the Woodsmen!”

However, as in the past against Norwood, Saturday’s victory was earnt the hard way.  In another tight, low-scoring contest where both sides’ defences held sway for most of the day, there was little open, fast-flowing footy from either side, particularly after quarter-time.  The constant pressure placed on the ball-carrier limited precise ball-delivery and goal-scoring for most of the game – although for the record, both teams did manage to waste some scoring opportunities which contributed to the inaccurate final match scores: 6.14 (Doncaster) to 5.13 (Norwood)!

Saturday’s main game started exceptionally well for the Sharks with a dominant 1Q of good footy, characterised by some quality ball-movement and clean finishing with 4 goals.  In contrast, Norwood struggled to penetrate the Shark’s strong defence who set the tone for a great “day out at the office”, both individually and team-wise.  A 21-point lead at the first break didn’t seem earth-shattering at the time, but in the context of the rest of the game it turned out to be a vital factor.

For the next two quarters the game tightened considerably as both sides struggled to get on top in the midfield and to find successful avenues to goal.  In this middle period the battle of the defences hotted up and our “back 6” went from strength-to-strength to keep Norwood to a miserly total score of just 2.8 at the last break.  Both teams had managed only two goals (Don 2-10, Nor 2-4) across the 2Q/3Q, with Toddy’s setshot and a ‘Sugar’ Kane long bomb enabling the Sharks to lead by 27 points at the last break.

There was plenty of speculation on how the 4Q would unfold – would Norwood repeat it’s last quarter heroics at Zerbes or would the home team maintain its healthy lead to the final siren?  Well, there were some shaky moments for the Sharks as the Norsemen did lift and steadily worked hard to reduce the deficit against a resolute Shark side determined not to succumb.  When the opposition kicked a third major for the quarter Doncaster’s lead had been cut to 7-points with time still remaining.  But the Sharkers’ resolve was non-negotiable!  Led admirably by co-captains ‘Rambo’ and a restricted big Spence, the boys dug deep under pressure to retain that slender margin right to the final siren.  Despite the goal-less last quarter (sobering), it was a meritorious win for the Sharks – and our first step-up from the bottom of the premiership ladder!

The day’s accolades clearly belonged to the Shark’s defence who stood tall throughout the game to stifle the opposition’s attacks incessantly.  Deep in defence it was ‘Komes’ and young ‘Cogs’ who had outstanding games playing with dash and discipline to continually thwart Norwood all day.  And also high on the best player list were fellow defenders ‘Rambo’, ‘Kempy’ and ‘Molly’ who just played their roles superbly to complete a wet blanket of the opposition’s forwards.  Yes, the day’s success for the Sharks was primarily attributable to our backline’s monster efforts.  So, let’s hope their knuckles recover in time for another super effort this week – against even bigger forwards !!

In the Reserves game, it was a pleasure to see a strengthened Doncaster team play competitive football for most of the game against a Norwood team high on the premiership ladder.  There was an earie start to the match with the Shark’s bench even outnumbering the cars and Covid-restricted spectators around the ground!!  Despite good attack on the footy the boys let themselves down in the first half with ordinary disposal and too many turnovers.  However, the opposition didn’t take full advantage of this and at half-time we were still in the game (Donc 0-4 v Norw 3-6).

In the 2H, to the credit of ‘Macca’ and the team, the Sharks lifted their footy standard noticeably with good passages of play starting with ‘Moylo’s’ ruckwork and Kenty’s on-ball domination around the ground.  Big Luke’s monster goal set the scoreboard ticking over and the Sharks went on to match Norwood, 3 goals to 4, in a very competitive, workman-like performance after half-time.  We didn’t win it against a top-4 opposition, but with further skills focus and a couple of extra senior players our first win can be just around the corner!

NEXT GAME:  We host East Donnie!