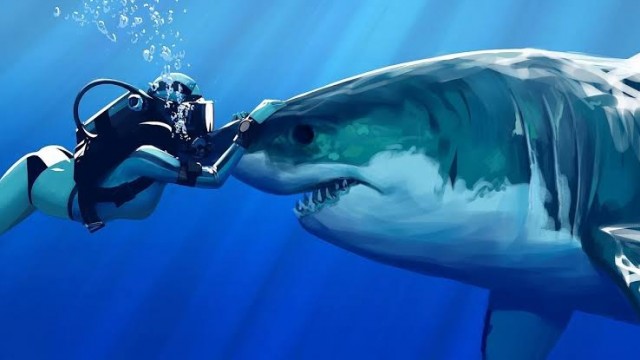 In probably the darkest day of the Club for many years, the Doncaster Sharks last Saturday failed to score a goal in our Senior away match against ladder-leaders, Vermont.  Riddled with player injury and absence from both the Seniors and Reserves – to the point of having to forfeit the Ressies game last week – our Senior team was no match on the scoreboard for the Eagles, kicking a score of 0-11 and going down by 81 pts.

Saturday’s result was in complete contrast to that of the corresponding game last year when we successfully scaled “Mt Everest” to ‘polish off’ a rampart Vermont team (the eventual premiers) by 38 pts.  This time round, with half of our best 22 players seriously missing, we simply could not match the class and power of a near full-strength opposition.

However, despite the player imbalance it was really pleasing for all supporters to see the Sharkers again “put in” all day, competitively attacking the ball and working hard to create scoring opportunities under tough pressure.  So its plenty of “bouquets” for the boys for their non-negotiable playing attitude, but perhaps a “brickbat” or two for our goal-kicking accuracy which, like deja-vu, went missing in the wind after prevailing against Noble!  A week is indeed a long time in footy, but to be fair, in the conditions Vermont also didn’t fare well in front of goal – thankfully to the benefit of our own %!!

Best for the Sharks:  Many of our Sharkers battled away against a Vermont side teeming with elite ball-users.  It was three of our key onballers – Sam, Fogs and Jack “the Mahon” – who again played very well to deny the opposition considerable use of the ball from stoppages and who, with Tobie Ryan, drove us forward in general field play.  Standing out in defence on the many occasions that Vermont went forward, were again our experienced trojans:  “The Schimm”, Molly and our “No.1” (as disgruntled opposition supporters like to refer to Tyson!).   Indeed it was a credit to our defence that despite Vermont’s dominant ball-use none of its star forwards kicked more than 2 goals!  Well done, guys.

So, in summary, this year’s Round 11 trek to the infamous “Silk Road” was simply a tempus-horribilis for Shark mountain climbing.  Our reserve Sherpas failed to reach ground zero, our main climbers encountered an avalanche and didn’t get to first base on “Mt Everest”, the bleak weather made ladder climbing impossible and the local ‘Nepalese’ pies were just yak – and yuk!  Definitely time to quickly move on to greener pastures, out Rowville way!

And a BIG SOCIAL REMINDER:

THIS SUNDAY JULY 7 @ NOON:   The Club’s SPECIAL RAFFLE at the Clubrooms.
BIG PRIZES ON OFFER!  Please refer to website or contact ‘Mugga’ or ‘Schimma’ for all the details.  Players and everyone else more than welcome!

GO SHARKERS … See ya’ on the Stud this Saturday!