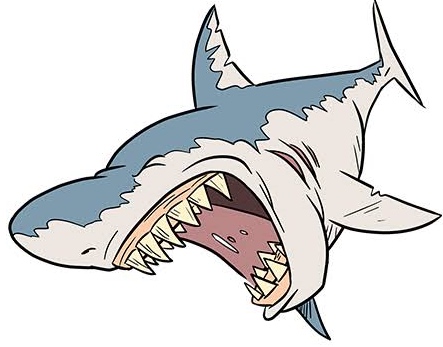 “Ouch!!” Sharks Downed but Not Out!

Doncaster’s tough start to the 2019 Season continued last Saturday when both our sides struggled to counter the all-round ability of strong club, Rowville Hawks.

After three rounds we are yet to salute at the final siren but, to be fair, there are some extenuating circumstances behind our present lowly position on the ladder.  The Sharks opening three games have been against perennial finalists – Vermont, Rowville and Noble Park – each of whom are currently undefeated.  And a pile of senior players missing with serious season-starting injuries – including big Frankie, Wheels, Vanders, Finnen, Batsanis and Tommy B – has been a “stretch-too-far” for our player depth.

On the positive side the injury list has opened up senior opportunities for some of our youngsters and newcomers.  However, as we all know, it does take time for them to gain that experience and consistency, especially playing in the EFL’s top division.  And all the while we are working to fine-tune a fresh game-style under the new coaching regime!

Against this background of reasons (not excuses!), we can and will get better and it all starts in the middle.  The time is NOW for everyone to “stick-fat”, to raise our training standards and double our determination to get those first premiership points – against Montrose on Saturday.  Let’s consider it an “8-point” game!

Last weekend our Seniors again began the game positively, matching Rowville’s intensity in a competitive 1H that saw us behind by 2 goals at the main break.  But as in the previous round, the ‘premiership’ quarter was again our Achilles heel.  Despite good endeavour, the “turnover terrors” again surfaced, our work-rate suffered and the opposition, with plenty of on-ball pressure, stole a winning break.  Disappointingly we were unable to wind back the margin as Rowville went on to a very convincing 54pt win.

Of the Sharks’ best, it was not surprising that three of our most experienced defenders – Schimma, Seeka and Tyson H – shone brightly against a flood of opposition ball coming into Rowville’s forward half.  In the midfield, Jack “The Man” Mahon played a beauty, and he was well-supported by ‘Fogs’, Nathan Batsanis in his first for the Club and our Captain “Chandler” who battled on under heavy opposition pressure.

In the Ressies the boys played some good competitive footy against a polished Rowville side, particularly in the first and last quarters when we matched them around the ground and on the scoreboard.  However, our inexperience really showed up in the middle of the game when Rowville dominated to set up their final 61pt victory.

Best for Doncaster were again the familiar faces of Christians Moritz and Thiely, plus Millsy, Delany and Matty Silipo.   And let’s recognize Robbie Colaneri’s good game, as he starts to “hit his (jock) straps” again after that fateful “knee” 2 seasons ago.  Good stuff Robbie – and send a cheerio to Vanders!!