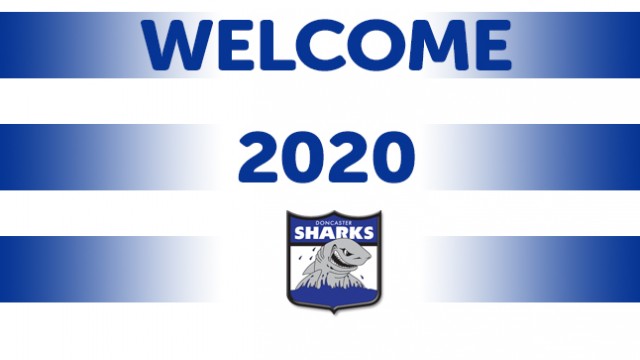 The 2020 EFL footy season is nearly upon us – only 4 weeks away from a Premier division start on Saturday, April 4,” Norwood away.  While many of us have been pre-occupied with summer pursuits such as cricket, tennis, annual holidays, etc., our new Shark footy operations manager, “Mighty Mick” Gillin, and senior coach Stewie “Disco” Kemperman have been “cracking the whip” with upwards of 55 plus listed Shark charges through another big pre-season, in preparation for hopefully a bumper 2020 playing season.

And through their focus, there are now plenty of on/off-field changes in progress at Doncaster aimed at strengthening our football operations and hopefully contributing to the Club climbing that ladder towards premier league finals again.  Here’s a snapshot of some key footy news for this season and beyond:

On the playing side our recruiting experts have worked hard to attract talented players to the Club with a general emphasis on quality youth and some height.  We welcome with open arms a sizeable number of new young players to Shark Park including Kane Henden, Connor and Cody Stackelberg, Nick Kempe, Riley Verbi, the Donvale “twins” Billy McCormack and Zala &  Jake Andersen.

And complementing these will be the powerhouse additions of experienced ruckman Jake Spencer (ex AFL Melbourne) and key-back Doug Lawrence (ex NEAFL).  Welcome, all, to DFC as new Sharks and VFL listees.

As with every club’s playing list, there are personnel losses as well as player gains each year.  The Club thanks in particular Tyson Hartwig, Sam Caruso and Blair Whelan for their past senior Shark service and we wish them luck in their return this season to play in Victorian country leagues.

And while on returns, we are pleased to warmly welcome back to Doncaster several younger players including Sam Cooper, Liam Ireland, Chris Tsiligiannis, Mason Giles and Pete Stathopoulos.  Looking forward to seeing their individual footy talents blossom under the tutelage of our new (for them) coaching regime.

A big part of the disappointment of 2019 ‘annus horribilis’ was the long absence through injury of several senior club stalwarts including “Big Frankie” McKenzie, “Colonel” Kalanj, Todd “Vanders” and “Mugga” Magarnis who were lost for most of last season.  Well, the good news is that minor miracles have happened – all four players have shed the crutches, the bandages, the mid-riff pounds and are looking “on track” for a Round 1 start (Mugga, a bit later).  Yes, the cynics might say “I’ve heard that one before” but we urge all our supporters to just check them out during March practice!  You might even marvel at the long-forgotten sight of “Frankie” breaking into a sprint again!!

Off the field, the Club has moved to rectify some glaring deficiencies in our player-support services of the past.  This year, our coaching ranks have been strengthened with the extra appointments to the panel of Peter Randall, and Adam Fiora.  We look forward to them making a positive strategic difference to our playing prospects during 2020.

A further area of improvement is the bolstering of our fitness support staff with the appointment of Matt Snowball (Head trainer& Physio), Cat Hoh (Strenght & Conditioning) and Bob Collins (Trainer).  A big welcome to Shark Park to each of you.  We hope that your fitness and injury management expertise will build upon the trusty work of “Jenno” et-al and considerably enhance our ability to keep each Shark on the park this year.

Unfortunately, despite considerable effort to attract Under 19 players to DFC we have not been able to gain sufficient numbers and therefore the Club will not field an U19 team in the EFL in 2020.  However, the Club IS committed to U19 football in the future and it is on our agenda for 2020 to further the concerted efforts necessary to make this happen next year through advertising, a school/club awareness program and the strengthening of junior club (DJFC/other) ties.

In summary, all Shark supporters should look forward with eager anticipation to our 2020 footy prospects.  This season is expected to be a good re-building year for the Club – one in which we consolidate operational improvements at the Club including the integration of a promising band of new Shark players into two stronger, more stable senior footy teams.  This won’t be easy in the EFL’s premier division – it never is!  Achieving a senior finals spot in 2020, in the first year of a sizeable ‘rebuild’, would be considered an ‘A’-rated result (‘AAA’ = Premiership).  Can we get back there?  Well, with hard work and a smiling footy god, why not?

So it’s now time for our loyal and valued supporters to shed the summer whites, the board shorts, etc., and again focus on Shark-awareness.  It’s March, it’s cooler and the smell of the Sherrin leather is back in the air!!  Time to again dust off the footy membership wallet, refill it and head to Shark Park (No.2) to join-up and cast your own eyes over the old and new in support of our Club’s prospects for 2020!

See you all at: